The body was laying straight, forearms up. Clothing & skin had a thin layer of frost mixed with soil of a uniform brown color. The face, almost unrecognizable, was contorted.

I looked at the two, who were nervously shifting foot to foot.

"We should go over your timeline again. This is very important."

"Tell me what happened first."

"Backed into the wall."

I looked at them steadily.

"How long was it between when you put the hole in the wall, and you found the body?"

"Why are you lying?"

"You are! There had to be some time that passed between you backing into the wall, and then you retrieving your vehicle, and then finding a body."

"Because it was stuck?"

"Anything else you want to revise?"

"Pardon me. But how did you know at all these boys were being dishonest about their timeline? How does that influence the fact that a body has been found?"

I looked at the superintendent. "It has everything to do with how the body was found."

The superintendent widened his hands, "So?"

"See the crystals and tearing on the edges of the clothing? This body has been moved from a different location. Someone placed it here after the hole was put into the wall."

There isn't supposed to be murder on Mars 001

There isn't supposed to be murder on Mars. That is an Earth custom, a sense of the old barbarism from our planet of origin. The body was found in the old tunnels, it had become freeze dried where it had been stashed.

"Tell me again how this was found."

"Varne Warren226 backed a sledge into the wall there, and we saw a hole."

"What were you doing down here, past the 3K markers?"

"They say these tubes here are haunted!"

I could see how someone would think these were haunted. Gloomy, unlit. Frosted. These were the old warrens and access corridors, bored through the Martian rock.

When I looked at it, I involuntary shuddered. Lights from our headlamps slashed and raised monstrous shadows.

"Have you touched the body, moved anything?"

"Hmmm" I could see that someone had.

many of us dream of home

many of us dream of home
at first in sleep
then we go and aspire
make that in
this waking day
when we dream well
it makes a beautiful home
where lots of people
can dream their dream
of home
if it is built real or
in my mind
home is always home
what allows it to be
is the dream and
a dreamer who has
a dream
Posted by CM at 10:59 AM No comments:

i would write poems about you

i would write poems about you
and poems about lightening
thunder and storms
then of the quiet peaceful light
which is softly over everything
from beginningless beginning
we seem to have a makeup
that is not fixed and is as exciting
as it can be disappointing or unreal
the best writing are the phrases
never to be claimed but proven through
every kind deed i do with you
*
Posted by CM at 7:55 AM No comments: 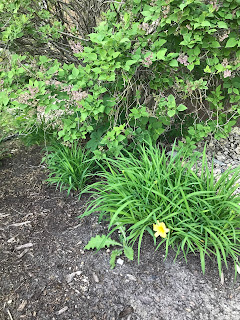 one small flower
on a bush outside the back door
with no mind to be seen
nor ever admired so i admire it
and i remember how a duck
saw making a nest behind
this bush to be very tidy and snug
but when i came and returned
i made it afraid
so i resolve to be
more vigilant and make room
if i can for shy things and
especially walk softly
with a view this world
is not my rumpus room
but formed very purely
cradling happy beings
that can flourish if not
cowed by brashness
*
Posted by CM at 7:24 AM No comments:

we are mysteries
which can make us so
compelling so lost
so haunted so graceful
so alluring blessed
wonderful
*
Posted by CM at 6:51 AM No comments:

people that were loved

people that were loved
now dodged
how better it must be
now that i am sane
but is still just as bad
because while i err
i cannot see how
until later
*
Posted by CM at 1:28 PM No comments:

this attitude
like a sky that will
not go away
but when i am
asleep, is not here
*
Posted by CM at 1:26 PM No comments:

you get to a point in life/ where nothing is safe

you get to a point in life
where nothing is safe
and that is when life
becomes interesting
*
Posted by CM at 9:14 AM No comments: